If I had to describe ‚Love and Radio‘, I tend to say something like: „It’s a LSD-trip for your ears, mixed with storytelling.“ The podcast from Nick van der Kolk takes long interviews with often very unique characters, chops the interview material into small pieces and then adds a lot of love for sound design. Each episode feels different, has its own vibe, but yet fits perfectly into the overall style of the show. I interviewed Love and Radio sound designer Brendan Patrick Baker on the day the podcast started its new season.

Since 2011, Brendan Patrick Baker works as sound designer on ‚Love and Radio‘. His first work, on the episode „The wisdom of Jay Thunderbolt„, not only won a Third Coast Festival award ,“but really launched Nick’s and my career in real way“, Brendan told me in our interview.

Brendan gave a workshop during the Radio Innovation Day 2016 on September 29 and we sat down during the coffee break to talk about his sound design on the show, just on the day its new season has started.

You should actually be careful when you edit this, because that’s sort of a spoiler. Have you heard the piece yet?

Okay…Well, then I just ruined it for you.

[podloveaudio src=“https://sandro-schroeder.de/wp-content/uploads/2016/10/Interview-with-Brendan-Baker-from-Love-and-Radio.mp3″ chaptersVisible=“true“ chapters=“kapitelmarken4″ duration=“10:50″ title=“Interview with Brendan Patrick Baker“ subtitle=“Sound designer of the Radiotopia podcast ‚Love and radio'“ summary=“I interviewed Brendan after his workshop during the Radio Innovation Day 2016, September 29. We talked about ‚Love and Radio‘ and his sound design work on the show, the newly started season and creative sound design in US-podcasts.“ summaryVisible=“true“]

is the sound designer of the podcast ‚Love and Radio‘. 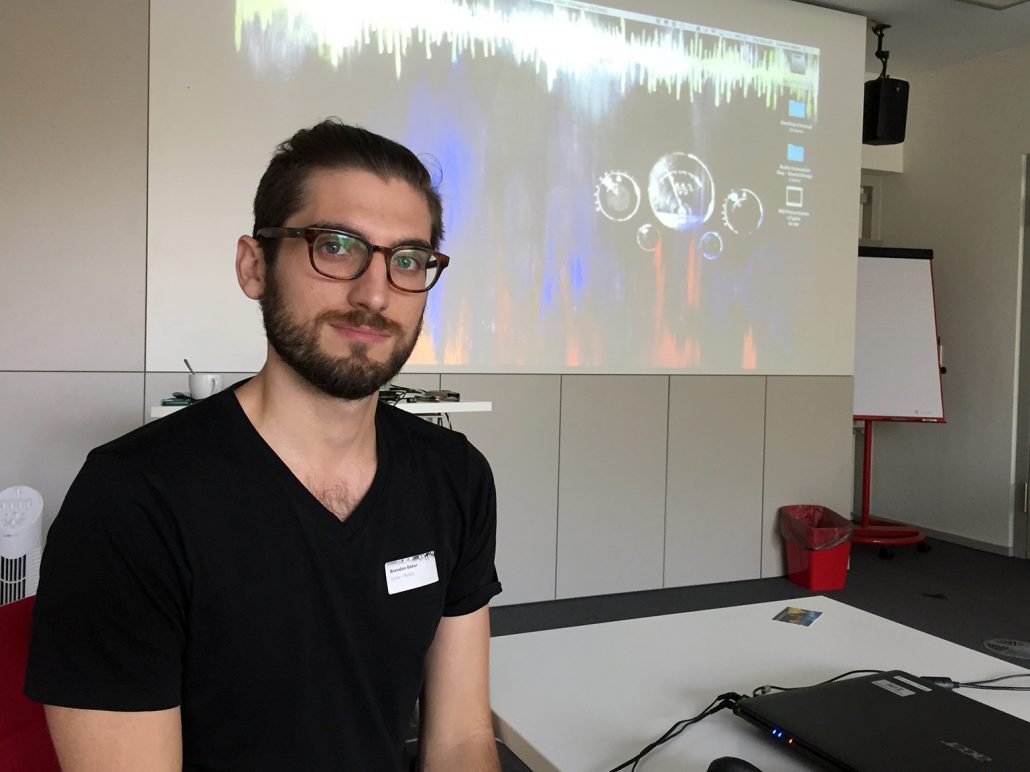 Favorite Episodes from ‘Love and Radio’